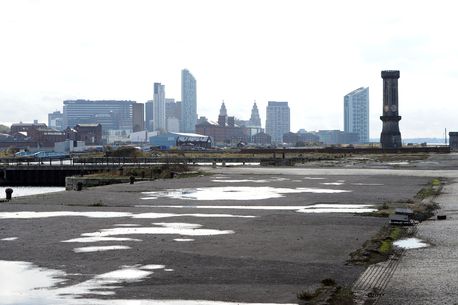 Chelsea FC have pulled out of the total redevelopment of their ground citing changed economic circumstances. Will this make the Everton Board reassess their proposal for Bramley Moore Dock?

Liverpool Council’s debt burden is already more than £1 billion in existing or agreed borrowing. This is already more than the debt which swallowed up Carillion. The proposals to borrow money to get the Everton Stadium built at Bramley Moore Dock, therefore, should focus our mind on a series of principles for council involvement in this project.

That is why the news that Chelsea have pulled out of a proposed expansion of their ground citing difficult economic circumstances must make Everton and Liverpool Council think again before proceeding with their own expansion proposals.

Already we are seeing that the £500,000,000 quoted for the stadium is only part of the cost. A further £20,000,000 has been announced for a new road to service the Dock Development and this is just a small part of the infrastructure requirements for this scheme.

Chelsea is a much stronger and more successful club than Everton with a stronger balance sheet and they also have a potential problem of having an overseas owner. In Chelsea’s case a clear problem is where the owner comes from. In Chelsea’s’ case the owner is Russian and has complex business interests. In Everton’s case the owner is from the Middle East, another politically difficult area and has complex business interests.

In the light of BREXIT the Government and HMRC and the Border Agency are paying far more attention to these issues than they did two years ago. They look much more closely at how the money has been earned and the legality of such earnings. I have no reason to suspect that either the Chelsea or Everton owners are doing anything illegal. BUT they will have to spend far more time on proving that as they move money around.

In both cases they are responsible to capricious political regimes which can change policies overnight and order money to be moved. What happens in either club if the money has to go back ‘home’.

These changes in national policy need to be carefully considered and certainly must raise an extra hurdle to the business case which is currently being prepared. I have offered to meet EFC to discuss the wider issues relating to their new and old grounds but to date have yet to have a response from them.

I have also suggested to Mayor Anderson that a process needs to be undertaken which looks at the tight business case for the deal. We have a range of experts looking at this deal who are the same sorts of experts who have been advising on a range of spectacular failures ranging from Northern Rock to Carillion.

We suggested to him in April that the first step should be a full debate about the principles of the Council’s involvement at any level in what is essentially a private sector matter in a club and on land owned by wealthy companies/individuals. This deal is not approved of by the vast majority of people in Liverpool. It was continually being raised on the doorstep throughout the City in terms of both incredulity and disapproval. We know that Labour door-knockers picked this up during the election which has led to the calls from two Constituency Labour Parties for an Open Meeting.

This debate could either be at a Special Council Meeting or as a special item on the agenda of a normal meeting of the Council. Most people agree that it is right that this debate should be had to look at:

This a huge project which dwarfs anything that this Council or any other Council has done. We know that Liverpool Council is not good at making deals. The Cunard Building purchase and the proposals for Calderstones Park which are much smaller projects are loss makers and not profit makers. We have yet to see the terms of the loan from the Public Works Loan Board or from potential private sector funding sources but in the case of the PWLB can involve loans of up to 60 years. This is a potential burden for the taxpayers of Liverpool far beyond the political or physical life spans of either Mayor Anderson or me.

Our questions do not relate to whether or not there should be a new Everton Ground. We want Everton to do well. Having two successful Premier League teams in the City is a huge earner for us and creates a strong positive global image.

The questions relate to the reasons for the Council’s involvement as a borrower then lender in all this. Everton is a private company not a public one. Its directors are obliged by law to make decisions on behalf of their shareholders and not the wider interests of the community in which they are situated or even their loyal fan base in the case of a football club.

My job as a Councillor, for which I am obliged by law, is to make decisions on behalf of all the people of Liverpool. I intend to make sure that all facts are out in the open before I make my mind up as to what is the best way forward for the 470,000 citizens currently living in our city and those for generations to come.