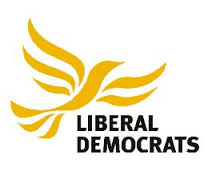 Liberal Democrats are fielding a third more candidates in this year’s local election than last year and they have attributed it to a surge in people joining the Party in the last 12 months. They believe that locally more and people are disgusted with the way that the Liverpool Labour Party and particularly Mayor Anderson are behaving. Nationally they are seeing the return of the UK to growth at a higher rate than any other economy in Europe.

Liverpool’s Lib Dem Leader Cllr Richard Kemp said, “People are beginning to see through the arrogance and incompetence of the Labour Party in this city. We are losing control over £billions because of Labour Leaders squabbling with each other and our green spaces and services are threatened by bigoted and inward looking policies.

Leader of the Liberal Democrats in Liverpool. Deputy Chair and Lib Dem Spokesperson on the LGA Community Wellbeing Board. Married to the lovely Cllr Erica Kemp CBE with three children and four grandchildren.
View all posts by richardkemp →
This entry was posted in Politics and tagged Candidates, General Election, Liberal Democrats, Liverpool, Politics. Bookmark the permalink.