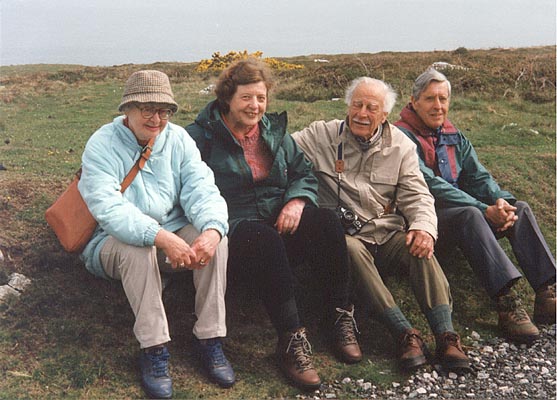 Today I have spent a great deal of my time with media from around England helping to launch a nationwide consultation to kick-start a desperately-needed debate on how to pay for adult social care and rescue the services caring for older and disabled people from collapse.

This debate is vitally needed because in Liverpool, despite the excellent staff of the NHS and local council, services for the elderly are reaching breaking point. These problems can only be solved locally if the services that are desperately needed if the debate about what to do has been held nationally. We cannot find from Liverpool’s tax base the money for the social care and preventative services that are needed.

Decades of failures to find a sustainable solution to how to pay for adult social care for the long-term, and the Government’s recent decision to delay its long-awaited green paper on the issue until the autumn, has prompted council leaders to take action.

Short-term cash injections have not prevented care providers reluctantly closing their operations or returning contracts to councils and less choice and availability to a rising number of people with care needs. This is increasing the strain on an already-overstretched workforce and unpaid carers and leading to more people not having their care needs met.

Increased spend on adult social care – which now accounts for nearly 40 per cent of total council budgets – is threatening the future of other vital council services, such as parks, leisure centres and libraries, which help to keep people well and from needing care and support and hospital treatment.

The LGA eight-week consultation therefore sets out options for how the system could be improved and the radical measures that need to be considered given the scale of this funding crisis. Possible solutions to paying for adult social care in the long-term outlined in the consultation include:

The consultation – the biggest launched by the LGA – is seeking the views of people and organisations from across society on how best to pay for care and support for adults of all ages and their unpaid carers, and aims to make the public a central part of the debate. The LGA will respond to the findings in the autumn to inform and influence the Government’s green paper and spending plans.

The LGA green paper – alongside funding issues – also seeks to start a much-needed debate about how to shift the overall emphasis of our care and health system so that it focuses far more on preventative, community-based personalised care, which helps maximise people’s health, wellbeing and independence and alleviates pressure on the NHS.

What I basically told the media was that,  “People have a right to live the life they want to lead and high-quality adult social care and support plays an essential role in this. It is also vital to society. It strengthens communities, reduces pressures on the NHS, supports around 1.5 million jobs and contributes as much as £46 billion to the UK economy.

“But work to find a long-term funding solution for adult social care and support has been kicked into the long grass by successive governments for the past two decades and has brought these services to breaking point.

It has created a deeply uncertain and worrying future outlook for people who use adult social care services now and the growing number of people who will need them in the future.

We cannot duck this issue as a society any longer. Our green paper is the start of a nationwide public debate about the future of care for all adults, and how best to support their wellbeing, and we encourage as many people and organisations to have their say on how we pay for it and the responsibilities of citizens, families and communities.

Adult social care and support matters. We must fund it for the long-term so that people of all ages can be supported to live the life they want to live. Building a better society means ensuring that everyone receives the care they need to lead a good life: well, independent and at home for as long as possible. This process must start now.”

The LGA’s green paper consultation is available at https://www.local.gov.uk/about/news/lga-launches-own-green-paper-adult-social-care-reaches-breaking-point

The consultation will run for eight weeks from 31 July. The LGA will respond to the findings in a further publication in the autumn, which will be used to influence the Government’s own expected green paper, forthcoming Autumn Budget for 2019/20 and Spending Review.

Recent surveys by the LGA show that 96 per cent of councils and lead members believe there is a major funding problem with adult social care; 89 per cent said taxation must be part of the long-term solution to funding it, and that 87 per cent of the public support more funding to plug the significant funding gap in the sector.