85 dead this winter from Flu 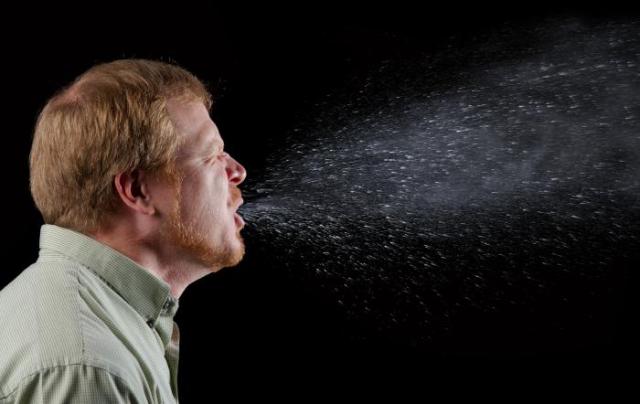 This is what happens with a really big sneeze if you don’t cover your mouth and nose. Please don’t spread the Flu virus which can be a killer

A few years ago, there was a big health scare about flu. Millions of people went and were vaccinated and many have not been back since.

One of the problems with public perception was that the whole thing was a scare or a scam because no-one died – even those who had not been inoculated. That is because we were very lucky. There were a lot of people who got influenza but it was a very mild strain of influenza. It caused no more than a cold like feeling and a few snuffles. Some people criticised the NHS for not letting on that it was a mild virus. This would be wrong. Flu can mutate as it crosses continents and seas and what starts as mild can end up nasty!

This year we are not so lucky. There are two strains of flu – described as Japanese and Australian Flu which have been killing people. The figure before Christmas was that 85 people had died nationally and that many, many more had been seriously ill. The story has not really reached the media as the media has had many other big health stories relating to winter pressures and the squeeze on adult social care.

Flu is usually characterised by a fever, chills, headache, aching muscles and joint pain and fatigue. For many healthy people, flu symptoms can make you feel so exhausted and unwell that you have to stay in bed and rest until you get better.  Around 30% of people who have flu will not have any symptoms and so relying on staff not to work only when they are displaying signs of flu is not enough to protect the population.

The best remedy is to rest at home, keep warm and drink plenty of water to avoid dehydration. You can take paracetamol or ibuprofen to lower a high temperature and relieve aches if necessary.  If you feel no better after about a week, it’s a good idea to ring NHS 111 or visit your local pharmacist.

Having a jab will not necessarily protect you but it gives you a much better chance of either escaping the virus or only being madly affected by even these serious strains. That is perhaps why the take up of flu jabs has been so poor. The following should have the jab not only for their own health reasons but because they mix with people who might be infected:

Health workers are getting inoculated far more than care workers. Don’t forget that carer does not just mean paid carers. It means anyone who intensively cares for people within the high-risk categories whether paid or voluntary.

The very high figures quoted above for outbreaks in care homes highlight the need for anyone dealing with at risk groups – especially those where there are lots of high risk people together who can circulate the virus themselves. The jabs are free for social care staff which is why it is harder to understand the much lower take up than health service staff.

So what can you do about the flu?

This really is a case of better safe than sorry. These two strains are really nasty and a little prevention – finding the time to get the jab – is better than a lot of cure – spending a week or more in bed

Leader of the Liberal Democrats in Liverpool. Deputy Chair and Lib Dem Spokesperson on the LGA Community Wellbeing Board. Married to the lovely Cllr Erica Kemp CBE with three children and four grandchildren.
View all posts by richardkemp →
This entry was posted in Public Health and tagged Australian Flu, Chemists, Flu, GPs, Influenza, Japanese Flu, Pharmacies. Bookmark the permalink.